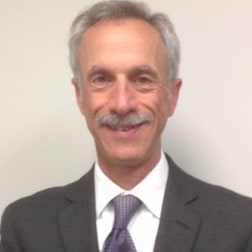 Marc N. Blumenthal has forty years of experience in trademark, copyright, trade secrets, and franchise litigation and transactional work. As a trademark and copyright lawyer, Marc has prosecuted more than 175 trademark applications in the United States and at least twenty foreign countries including the EU, and has been involved in cancellation and opposition proceedings, as well as contract/license preparation and many copyright matters including litigation related to the right of publicity and copyright infringement.

His franchise clients have included a myriad of businesses, which required knowledge and proficiency in various state’s franchise and dealership laws including the Illinois Franchise Disclosure Act of 1987, as amended, California Franchise law, the motor vehicle franchise acts in Illinois and Nevada, the Petroleum Marketing Practices Act, business opportunity laws, beer industry dealer laws and equipment dealer laws. He has mediated, litigated and arbitrated in a dozen states and has and currently represents franchisors, subfranchisors, area developers, motor vehicle dealers, beer dealers, gas station dealers and franchisees throughout the country, and in Canada, Mexico and Australia.

Marc also serves as and has testified in Canada and Illinois as an expert witness in franchise law and has provided advice as a franchise consultant. He has authored and co-authored articles related to franchise law; spoken at many conferences about franchise practices and franchise law; has been interviewed and quoted in the media, the Wall Street Journal, and appeared on the Nightly Business News Report. Comments he made related to Items 19 and 20 about franchise disclosure appear in the Federal Register related to the Federal Trade Commission Rule amendment in 2007 (Federal Register / Vol. 72, No. 61 / Friday, March 30, 2007). Since 2009, Marc has also served as a member of the Illinois Attorney General Franchise Advisory Board.

Since 2011 Marc has served as a founding board member of the Small Business Advocacy Council, as well as holding other board positions for both profit and not for profit organizations. Marc was included on the list of Illinois SuperLawyers in 2007, and 2012 through 2022 for franchise and dealership law and was named in the National Registry of Who’s Who in 2000. He is an active member of the Illinois Bar and inactive member of the Louisiana Bar.

During his career, Marc has also been involved in many entertainment law matters, representing clients through business formation, contract and in highly contested litigation.

In the past three years, Marc began representing some clients in cannabis law and has a working knowledge of certain legislation in that growing area.

Marc lives in Evanston with his wife. Marc is passionate about running, swimming and biking, but his first love is tennis.